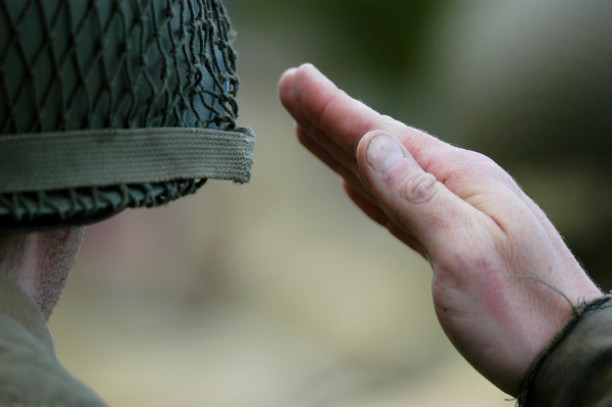 The first in a four-part series by investigative journalist Kelly Patricia O’Meara written for the Citizens Commission on Human Rights exploring the epidemic of military suicides and the correlation to dramatic increases in psychiatric drug prescriptions to treat the emotional scars of battle.

Imagine for a moment that a soldier is ordered to proceed through a clearly identified mine field, having received assurance from his commanding officer that it’s okay to proceed because the odds are not everyone is blown to bits. Most would consider this nothing short of a suicide mission.

The strained and war-weary men and women serving in the military today, on or off the battlefield, are faced with the equivalent of such a scenario when it comes to treating their emotional scars. Anxiety, sleeplessness, nightmares, stress and depression is affecting the troops serving in America’s longest war no less than those who’ve served in previous wars.

One glaring difference, though, lies in the “treatment” soldiers are receiving. Based on data released by those responsible for the health and well-being of the troops, it seems that pharmacology has replaced compassion. The days of talk therapy, a kind of willingness to stand in the warrior’s boots by listening to his experiences, has been replaced by the quick pop-a-pill fix.

But these pharmacological potions may be producing unintended consequences, and evidence is piling up that the ever-increasing use of dangerous psychiatric medications may be fueling the funeral pyre of military suicides and other unexplained deaths. 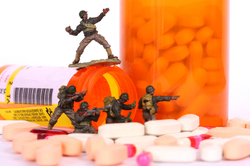 From 2001 to 2009, the Army’s suicide rate increased more than 150 percent while orders for psychiatric drugs rose 76 percent over the same period

More disturbing, though, is that the increased suicides are occurring at a time when, with the withdrawal of troops from Iraq, U.S. combat forces are at significantly reduced numbers and, according to the DoD data, nearly one-third of the suicides in the military occurred among those who had never seen combat duty.

These data suggest that the “epidemic” of suicides in the military is not exclusive to those suffering from the physical and emotional strain of combat, so one has to ask what is responsible for the increased suicides…what is the common denominator among military personnel that may assist the top brass in combating this seemingly elusive and unidentifiable foe? The following data may offer insight.

From 2001 to 2009, the Army’s suicide rate increased more than 150 percent while orders for psychiatric drugs rose 76 percent over the same period and according to Armed Forces Health Surveillance Center, mental health disorders were the leading cause of hospitalization of active-duty service members in 2007, 2009 and 2011, with nearly $2 billion being spent on psychiatric drugs since 2001.

Despite the enormous increase in expenditures for psychiatric drugs and the growing number of mental health professionals recruited to care for the troops, “mental illness” remains the leading cause of hospitalization for active-duty troops. With so many resources being thrown at this life or death issue, both human and financial, why isn’t anyone getting better? More to the point, why are the troops taking their lives at record levels? 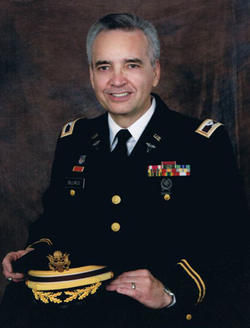 Dr. Bart Billings, Ph.D., a retired Army Colonel and former military psychologist and founder and director of the military-wide Human Assistance Rapid Response Team (HARRT) program, has no doubt that the cause of the suicides among the troops is the direct result of the use of psychiatric drugs.

“I’m 100 percent convinced,” says Dr. Billings, “I’ve seen it and talked to hundreds of these guys. These medications really interfere with the brain’s ability to normalize itself and adjust. It’s hard to make a choice on how to recover if your brain isn’t operating the way it should be.”

“It’s kind of like working with someone who is drunk,” explains Dr. Billings, “you’re not going to get very far. It would be like me spinning you around fifty times and then asking you to walk a straight line. It’s not going to happen. These medications are a chemical lobotomy.”

So what are the medications Dr. Billings is referring to as a “chemical lobotomy” and peddled to the troops as magic mental health bullets? According to the Department of Veterans Affairs, during the last decade, nearly $850 million has been spent on Seroquel, an antipsychotic, prescribed to the troops for sleep disorders at a rate of 6.6 million prescriptions.

More astounding, though, is that the FDA’s approved Medication Guide for Seroquel lists “Risk of Suicidal Thoughts or Actions,” as one of Seroquel’s “serious side effects.” Anyone with four stars on the old epaulette might want to add this piece of information to the “good clue” column.

And, while suicidal thoughts and actions are at the top of the list of risks associated with Seroquel, there are others just as frightening, including, but not limited to: hallucinations, worsening mental or mood changes (e.g., aggressiveness, agitation, anxiety, depression, exaggerated feeling of well-being, hostility, irritability and panic attacks).

The question that comes to mind after reading this abbreviated risk list, and command may find it prudent to inquire, is how would a soldier know if these reactions are his (because of his alleged disorder) or actually are being caused by the mind-altering drug? More importantly, how would anyone (least of all a psychiatrist) be able to make this determination, given there is no science behind any psychiatric diagnosis. At this point, it doesn’t seem out of the realm of possibilities that military brass may politely be muttering a few simple “WTFs.”

"I've been trying to convince people that psychiatrists are nothing but legal drug dealers, and they're dealing drugs that don't work and actually kill people." —Dr. Bart Billings
Given the direction of mental health care over the last decade, it doesn’t take a battle field commission to figure out who’s giving the orders. Dr. Billings is all too aware of the military’s apparent surrender to psychiatry’s pharmacological assault. Despite the growing interest among military brass and lawmakers, Dr. Billings doesn’t have high hopes for answers unless major changes occur within the military mental health complex.

“The psychiatrists have no clue about what they’re doing,” says Dr. Billings, “and it’s psychiatry that runs mental health in DoD and the VA. DoD has to stop trusting them.”

Dr. Billings reasons that “any organization in the world whose leadership continually fails and loses money, in this case lives, would fire them. Why hasn’t psychiatry been fired? They are responsible for mental health (in the military) and have done nothing to stop these suicides.”

“If I was a platoon leader,” says Dr. Billings, “and I took my platoon out and I came back with 50 percent casualties and all the other platoon leaders are coming back with five percent casualties, I’d be fired—I’d be looking at court martial for negligence. They aren’t doing that to psychiatry. I’ve been trying to convince people that psychiatrists are nothing but legal drug dealers, and they’re dealing drugs that don’t work and actually kill people.”

The data regarding the increased drugging of military personnel and their families seems to support Dr. Billings’ conclusions. The atypical antipsychotic drugs, such as Seroquel (which has been implicated in a number of deaths of combat veterans and of late is being referred to as “Serokill”) and Risperdal, showed the most dramatic increase—a jump of more than 200 percent—with annual spending quadrupling between 2001 to 2011 from $4 million to $16 million.

It’s hardly a secret that these powerful mind-altering drugs cause the very symptoms that they are reported to treat, as the psychiatric drugs now being prescribed to soldiers long have been scrutinized for their possible serious adverse reactions and has been public record for nearly a decade.

In 2007 the Food and Drug Administration, FDA, updated its 2004 black-box warnings, the federal agency’s most serious warnings, on all of the antidepressants on the market—all of which are part of the military and VA formulary. The FDA warning reads in part “Suicidality and Antidepressant Drugs: Antidepressants increased the risk compared to placebo of suicidal thinking and behavior (suicidality) in children, adolescents, and young adults in short-term studies of major depressive disorder (MDD) and other psychiatric disorders….”

The FDA’s warnings about the potential for increased suicidal thoughts and behavior associated with antidepressants and antipsychotics (the apparent backbone of psychiatry’s military pharmacological arsenal), leads one to wonder why, according to the Army’s highest-ranking psychiatrist, Brig. Gen. Loree Sutton, seventeen percent of the active-duty force and 6 percent of deployed troops are on antidepressants.

More distressing, though, is these data do not represent the number of troops who are prescribed cocktails of psychiatric mind-altering drugs, which many believe is an alarming number, literally receiving multiples of prescriptions. Such deadly elixirs only add to the soldiers’ inability to identify which, of the many, mind-altering drugs may be responsible for their behavior, postponing recovery or, worse, causing greater harm and even death.

It makes sense that the Pentagon’s top brass would want to assess all available intelligence before deciding on the appropriate plan of attack. After all, the future readiness of this nation’s military is at stake. But simple truths can no longer be ignored. The military and VA have dramatically increased the numbers of mental health professionals, at the same time there has been a dramatic increase in psychiatric drug prescriptions among the troops, funding for both is skyrocketing and, still, the mental health of our nation’s warriors continues to deteriorate.

Until military command can acknowledge that they may have been out maneuvered by the psychiatric community, the nation’s soldiers will be forced to navigate a dangerous and deadly treatment mine field one terrifying step at a time. 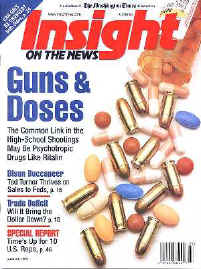 O’Meara was the first investigative journalist to expose the link between school shootings and psychiatric drugs in her 1999 cover story, Guns & Doses – CLICK IMAGE to read article

Kelly Patricia O’Meara is an award-winning investigative reporter for the Washington Times, Insight Magazine, penning dozens of articles exposing the fraud of psychiatric diagnosis and the dangers of the psychiatric drugs – including her ground-breaking 1999 cover story, Guns & Doses, exposing the link between psychiatric drugs and acts of senseless violence. She is also the author of the highly acclaimed book, Psyched Out: How Psychiatry Sells Mental Illness and Pushes Pills that Kill. Prior to working as an investigative journalist, O’Meara spent sixteen years on Capitol Hill as a congressional staffer to four Members of Congress. She holds a B.S. in Political Science from the University of Maryland.